We are your expert partner in strategic guest entry solutions. Ingressotek provides advanced perimeter systems for entertainment venues such as stadiums and sports arenas. Our advanced hardware and software solutions enable event organizers to quickly screen attendees and to ensure their safety and security. Our system plays an integral role in combatting potential threats to events. Our differentiator, however, isn’t in our top-of-the-line ingress technologies but in our team. We’ve undergone many hours of formal training with product manufacturers to understand the security equipment in and out. This extensive knowledge and training combined with our experience in the field sets us apart. Contact us today to talk to one of our experts and learn how we can solve your screening challenges.

The Ingressotek management team consists of seasoned security and event operations professionals. With a unique understanding of stadium design, event operations, and security systems, we are able to help our clients host large scale events without compromising safety and security. From corporate meetings to high-profile sporting events, we can help you create a security plan that optimizes guest experiences and preserves their safety and security. We are experts in the industry and leverage our knowledge to help you achieve your goals, which may not only include a safe guest experience but also a return-on-investment for investments in modern safety solutions. 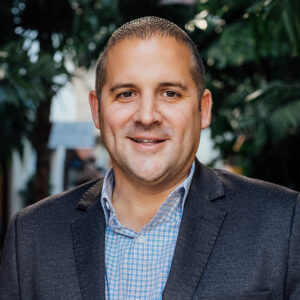 Paul Mathews developed a deep passion for all things sports and entertainment at a young age. After graduating from St. John’s University with a degree in sports management, Paul interned at Madison Square Garden in New York City. He supported the arena in an array of capacities, but eventually landed in the security side of events. He discovered very quickly what a difference successful security is to sports and operations. Paul worked his way up the ranks at The Garden over 13 years. In 2015, he worked with Dan Donovan on NBA All-Star Weekend and they hit it off right away. In 2018, Paul began consulting for various events around the country. In 2019 over dinner while delivering the Clemson University WTMD deployment, Dan said to Paul, “I’m going to open a weapons detection rental company, and you’re going to run it.” A few months later, Paul was brought on board at Ingressotek and later became the General Manager. Both a true leader and a team player, he spends his days managing events, operations, client relationships, and more. Paul takes his work to heart and loves to focus on overall operations so fans can have an incredible event experience. As an industry veteran, there aren’t many events or challenges Paul hasn’t experienced. In addition to NBA and NHL events, his work includes the MTV VMA Awards Show, the Rock & Roll Hall of Fame show and Stanley Cup Finals. He’s even provided security for visits by overseas dignitaries and the Pope himself. During his time off, Paul spends his time with his friends, on the golf course, and at his three kids’ sporting events.

Dan is the Founder and Managing Partner of Ingressotek. He has over 26 years of planning and overseeing event security experiences, which involves security planning, crowd management, security systems design, operational readiness, crisis management, emergency operations and special event security. His many past notable clients include Salesforce, Amazon and Google, as well as the Olympic Games, NFL and NBA. He has worked multiple events with professional and collegiate sports leagues. 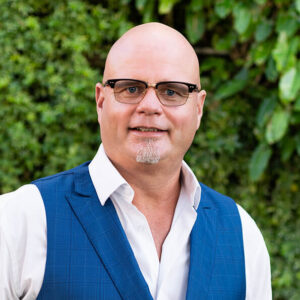 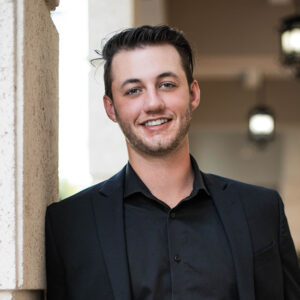 Chance Donovan has worked in events for over five years, but he’s been immersed in the industry his whole life. He was born in Sydney, Australia, while his dad was in charge of the sports department for the Sydney Olympics. Chance has known from a young age that he wants to make people feel safe. As a Client Experience Manager, serving people and ensuring positive outcomes is exactly what he does. Chance meets with clients to ideate and implement bespoke solutions that solve their specific event problems before they ever happen. During an event at the Orlando Convention Center, Chance sensed a potential crowd management issue and immediately implemented solutions to redirect the flow of traffic without disturbing the event experience. Leadership recognized Chance’s natural understanding of crowd management, policy and process solutions from the first event deployment. He continues to impress clients with his abilities to identify challenges and ensure positive outcomes. His goal is to be proactive and to ensure the guest experience is in great hands while being the last thing on the client’s or their attendees’ minds. Chance has been an integral part of Ingressotek’s success with the PGA Tour, festivals and the NFL. He hopes to one day work at the Olympics to show the world the exceptional service his team provides. When Chance isn’t at an event, he is working on his golf game.

As Director of Operations, Jess oversees it all: finance, human resources, accounting, marketing, and more. Jess has been part of our success since joining our founder Dan Donovan at Guidepost Solutions and has followed Dan throughout the business card changes to assist in launching Ingressotek. While she mainly provides critical behind-the-scenes leadership, she has supported the business’s on-the-ground team at events such as the annual Dreamforce conference for Salesforce and the NCAA, among others. One of her most rewarding experiences in the industry was supporting our team’s success with the NCAA. As her team continued to say “yes” to the client’s various needs, she had to support the NCAA in successfully completing 296 events in 2020. Jess had limited time to recruit, interview, hire, schedule and complete payroll for almost 100 people across the country for a major project. Her dream event is to support the US Open tennis tournament. Jess grew up playing competitive tennis and was a collegiate rower so she not only understands the needs of sporting venues and events but also the players on the court. Also, her background in marketing and as Owner & President of two different businesses, JS Jewelers and The Caveman Kitchen, has made her an integral part of Ingressotek’s success. In her time off, Jess likes to travel, run, cook, and spend time with friends and family. 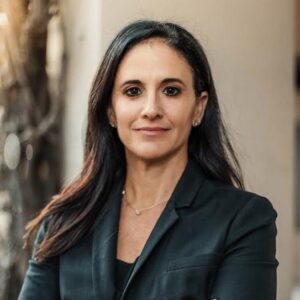 Join our email list to learn more about how Ingressotek can reduce your staff, increase your efficacy and grow your ROI.